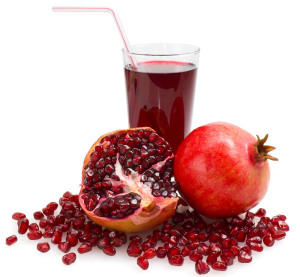 Industry should prepare for more litigation as a result of the U.S. Supreme Court’s recent decision in POM, LLC v. Coca-Cola Company.  One of Coca-Cola’s products, alleged to be a pomegranate-blueberry juice blend, was advertised, displayed, and sold with the words “pomegranate” and “blueberry” displayed prominently on its label. Coca-Cola branded this product as a “blend of five juices.” In actuality, this juice mixture contained only 0.3% pomegranate juice and 0.2% blueberry juice.

POM, LLC, whose products feature much more concentrated quantities and higher levels of pomegranate juice, claims that damage to its brand and sales came as a result of Coca-Cola’s deceptive and misleading labeling of its product.  POM challenged Coca-Cola’s allegedly disingenuous practice by bringing a lawsuit under the Lanham Act, a federal law which allows one competitor to sue another alleging unfair competition arising from false or misleading labeling. In its defense, Coca-Cola argued that its product name complied with FDA regulations under the Federal Food, Drug, and Cosmetic Act (FDCA).

The Supreme Court, in a unanimous decision, strongly supported POM’s argument. The Court held that the Lanham Act and the FDCA do not preclude each other, but complement each other. In other words, the fact that Coca-Cola’s labeling was satisfactory according to the FDCA does not stop a rival company like POM from alleging unfair competition under the Lanham Act. The Court explained that both Acts can coexist comfortably, since the Lanham Act protects commercial interests and the FDCA protects public health.

The Government, while not a party in the lawsuit, submitted an amicus (third-party with interest) brief, arguing that a party like POM should not be able to bring a Lanham Act lawsuit if the FDCA and related regulations authorize the challenged aspects of the label. The Court, however, rejected this position, holding that the FDCA and FDA regulations have no bearing on the feasibility of a Lanham Act lawsuit.

This decision will work to the advantage of companies seeking to challenge their competitors. Now that compliance with the FDCA doesn’t protect against a lawsuit for unfair competition based on deceptive labeling, the number of lawsuits brought under the Lanham Act may well be on the rise.

*Christopher Mango is a law student intern with Collins, McDonald and Gann.

FDA Begins Stopping NDIs at the BorderWhat’s in Your Protein? Nitrogen Spiking in the Sports Nutrition Industry