APHA, NPA and Others Question Validity of Science Involved in AG’s Testing and Call for Release of Specifics of DNA Bar Coding Study 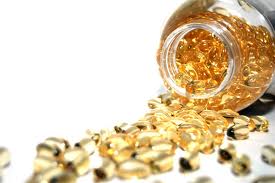 Earlier this month, New York Attorney General Eric Schneiderman made headlines throughout New York – and nationwide – as he called for dietary supplements at four major retailers to be removed from store shelves. With his claims and accusations that retailers Target, Walmart, Walgreens and GNC were selling “fraudulent and potentially dangerous” herbal supplements, his office demanded that they be taken off store shelves and banned, leading to a public frenzy about the safety of dietary supplements. Newspapers and broadcast outlets throughout the country began once again fueling the public’s growing mistrust of the supplement industry, with the story breaking in the credible New York Times noting how the Attorney General’s “tests” found his sample of store brand dietary supplements sold at these popular retail chains to contain “little more than cheap fillers like powdered rice, asparagus and houseplants, and in some cases substances that could be dangerous to those with allergies.”

As all sensationalistic news reports typically do, the story of these allegedly “fraudulent and dangerous dietary supplements” spread like wildfire. Attorney General Schneiderman made headlines and got his much-anticipated publicity. Consumers once again were frightened – and angry (there’s already initial talk of class action lawsuits against the retailers.) The supplement industry was once again put on the defensive. And, on February 11th – just over a week after Schneiderman’s office released their report of their test results and called for the retailers to pull the products from store shelves – the AG’s office issued subpoenas to Target, Walmart, Walgreens and GNC “demanding that they provide evidence for a variety of health claims printed on the labels of the dietary supplements sold in their New York stores.”

There are many problems with how this most recent attack on the dietary supplement industry played out in New York. But the biggest problem? As has been noted by leading regulatory agencies and top supplement industry professionals, the supposed testing of these dietary supplements – using DNA bar coding — wasn’t the right, or a valid, type of test for these products, most of which contained extracts (industry professionals have noted that “with rare exception, DNA bar coding is not an appropriate technology for testing the identity of ingredients in extracts”). In fact, although the FDA did not specifically question the New York investigation, the agency did say (as published in this week’s issue of “The Tan Sheet”) that “the FDA does not currently use DNA sequencing for dietary supplement ingredient verification, but is actively working toward developing validated methods for plant identification for use by both industry and the agency.”

Since the release of the AG’s “findings” surrounding dietary supplements, organizations such as AHPA, NPA , AHP and other industry trade groups — as well as the retailers themselves — have issued responses – not only directly reaching out to the AG’s office to question the science behind the use of this testing methodology and the validity of the results, but asking for transparency. In the days and weeks after the initial release of the testing results and his call for the removal of these products from store shelves, Schneiderman’s office has been silent on the subject – not responding to requests from industry professionals to release the data from the DNA bar coding study and letting the public (and industry professionals) see the scientific data behind his claims. It’s hard for the industry and retailers to defend their products with specifics when no specifics, and no direct test results, have been provided. And with so many industry professionals and scientists questioning the validity of DNA testing in products containing extracts such as the ones tested (it’s been noted that DNA doesn’t often make it through the extraction process), the entire scientific methodology that was the basis of this major attack on the supplement industry just doesn’t seem to make sense – not only to those of us in the industry, but to consumers as a whole, who are now more confused (and perhaps more mistrusting) than ever.

Unlike DNA bar coding, the use of scientifically valid identity testing is something that everyone in the dietary supplement industry today is in favor of, as we continue to make supplements such valuable, safe – and effective — products for so many individuals.

For more information about the New York Attorney General’s recent action and its impact on the dietary supplement industry, or to discuss the latest issues surrounding dietary supplements GMP compliance, FDA inspections and other regulatory issues, call us at 516-294-0300.

To read responses from the supplement industry surrounding the Attorney General’s actions: