by Collins Gann McCloskey & Barry in CGMB in the News 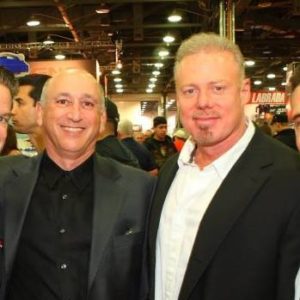 Collins, McDonald & Gann will once again be attending one of the biggest bodybuilding and fitness expos in the country, as the firm prepares to attend the Olympia Fitness and Performance Weekend from September 18-21 in Las Vegas. This year marks the celebration of the 50th year anniversary of the Olympia, and is expected to bring together thousands of leaders in the bodybuilding, fitness and dietary supplements community. This year, for the first time since 1984, the Mr. Olympia event will be televised nationally — with NBCSN televising two 90-minute specials around the event, the first on October 18 at 1:30 p.m. ET and the second on October 25 at 5:30 pm ET.

In addition to attending the event and meeting with leaders in the bodybuilding, fitness and supplement communities, Rick Collins has been asked by Muscle & Fitness magazine to serve as a Judge of the “2014 Muscle & Fitness Model Search.” The contest will be held at the Olympia Expo at the Las Vegas Convention Center North Hall on Friday, September 19th at 1:30 pm, with final judging on Saturday, September 20th at 1:00 pm. The winner of the 2014 Muscle & Fitness Model Search will receive an exclusive photo shoot with Muscle & Fitness magazine and the opportunity to appear both in the pages of the magazine as well as a potential cover shot. In addition, the winner will receive two VIP tickets to the 2015 Olympia weekend next year.

This year’s 50th anniversary of the Olympia Fitness and Performance Weekend promises to be an amazing few days spent with today’s leaders in bodybuilding, fitness and dietary supplements, and we’re looking forward to seeing many of you there – seek us out to say hello!. If you plan on attending the Olympia and would like to arrange a time to meet to discuss the latest news surrounding dietary supplements law, call us at 516-294-0300 or email Rick at rcollins@supplementcounsel.com.

Looking forward to seeing you in Las Vegas!

“The Tan Sheet” Reports on Increased FDA Warning Letters Sent to Supplement FirmsRed Bull and False Advertising Claims: What Impact Will the Red Bull Settlement Have on Labeling/Marketing of Functional Foods, Supplements, and Beverages?